Six Sigma and the Quest for Rob Ford's Opposable Mind

There have been limited rumblings of the six sigma management strategy being implemented at Ford's City Hall, but they haven't yet reached a roar. Part of this is likely intentional. The term six sigma suggests cool, distant and abstract scientific precision. It's not the colourful language of Fordian Populism and you wouldn't expect them to openly tout the concrete concept. Instead they and their team use more understandable and vague substitutes such as 'efficiencies', 'leaning out government' and 'eliminating waste'. But the underlying mission of six sigma- reducing operational defects to 3.4 per million- is a certainly a key goal of the Ford administration.
Six Sigma
First developed by Motorola (now Motoroogle I guess) in 1986, six sigma tries to eliminate process steps that might increase the likelihood of error, time, or cost. It does this by removing any variation in a particular process to be as uniform as possible. From there, metrics have to be applied to each step to ensure measurable, quantifiable data from which to judge the success of the process. Slogans encapsulate the six sigma ethic like 'variability is the enemy' and 'in God we trust, for all others, it's data'. It's a modern form of Taylorism with more detailed statistics and has been used in some form by most of the world's largest companies (as well as the Fords' Deco Labels). Six Sigma magazine glowed in January 2007 that the strategy had saved companies $427B in the past 20 years, an impressive number although it seems difficult to quantify.
Despite all of this, six sigma's success has been mixed.
General Electric CEO Jack Welch was an early adopter of six sigma and evangelically promoted it. While GE did this successfully- claiming to save $12B in five years- other companies struggle with implementation and the drawbacks that come with it.

What To Avoid
Often companies undergo half-measures when implementing six sigma, running pilot projects and other small-scale ways of introducing it. Employees are often fearful of six sigma (it's frequently a sign of imminent layoffs to lean out an organization) and in the absence of a Welchian effort, it's often seen as easier to gradually change the culture.
Even when the operations culture is successfully changed, as in the case of Home Depot, the net result isn't always a positive. When GE alumnus Robert Nardelli took over Home Depot as CEO, he quickly implemented six sigma strategies to squeeze every ounce of profit out of the organization. Turning the organization from a decentralized one into a militaristic and by the letters approach made Home Depot's profits soar initially.
But as profits went up employee morale sunk to record lows. Several senior executives left the organization. Where there was once some autonomy in each store, uniformity took over and malaise set in amongst front-line workers. It showed in customer satisfaction; three years into Nardelli's tenure customer service- once a strong point- was ranked dead last among major American retailers. Critics such as former Home Depot Senior Vice President Steve Mahurin argue that while six sigma can create real and impressive operational efficiencies, it can be harmful when it comes to intangibles like customer service. While operations may have been improved, the single minded focus came at the expense of the company culture which was directly noticed by customers.
Balancing 'Customer Service' and Efficiencies
One of the principal aims of Rob Ford's mayoralty is to reform 'customer service' at City Hall. "Improving customer service is my number one priority", he said in a statement on the City Hall website as the Vehicle Registration Tax rebate cheques were mailed out early. He built up an urban mythology about his customer service as councillor for Ward Two, going to great lengths to answer each individual phone call and bypassing established city procedures to address their concerns (often in other councillor's wards).
He's continued this to a certain extent at City Hall as this Globe and Mail article details, dedicating a number of staffers to deal with complaints (they have a separate file for Doug Ford complaints) and following up with ten calls personally at the end of the day. The determination is commendable, but it's also antithetical to six sigma. 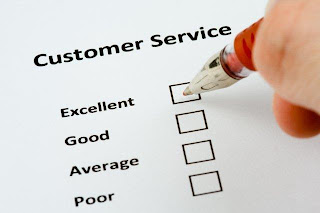 After all, six sigma is all about following process and procedure to the letter to ensure that uniformity and structure minimizes variability and cost. Ford's complaint call center (which does not track volume) is essentially a duplication of the 311 service instituted under David Miller which was expressly designed to streamline, categorize and measure citizens' complaints and needs.
Team Ford has the dual task of trying to create efficiencies and leaning out the organization while also improving customer service, a feat which has proved difficult in organizations like Home Depot. Roger Martin from the Rotman School of Management espouses 'integrative thinking' in his 2007 book The Opposable Mind. The Rotman website describes this philosophy as:
"...the ability to constructively face the tensions of opposing models, and instead of choosing one at the expense of the other, generating a creative resolution of the tension in the form of a new model that contains elements of the individual models, but is superior to each."
Success in...?
The Rotman model sounds appealing for 's situation in that processes could be improved while the creative solutions, new ideas and customization that enriches local politics is retained. It's a spirit that was captured in Fort Wayne, Indiana where mayor Graham Richard, a businessman and Democrat, first instituted six sigma in an American political structure in 2000 (Erie County, NY and Spokane, WA followed suit).
The success was impressive. The time it took to fill in potholes decreased from 48 hours to four and to obtain permits from 48 days to ten. Notably, Richard quickly sought union support for his goals and included them in discussions to send a message that the goal was to achieve better processes and not reduce headcount. He encouraged city staff to identify problems they were passionate about fixing- like missed garbage collection or improved traffic process- and that they could offer solutions. All 42 projects were then listed on the city website to track progress.
Richard got city staff to buy-in by empowering them to seek creative solutions to problems they cared about and then sharing it with the community to earn their support. It's integrated Rotman-approved thinking as Richard recognized that a city, which should be equally focused on providing 'customer service' and efficient service needed a balanced approach to be successful. 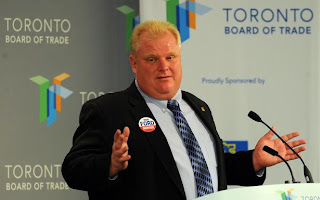 The Ford Challenge
Thus far, Team Ford has not demonstrated that it can build coalitions or gain community and staff buy-in. There were many compromises to be had in engaging Pride Week, itself a place to reach out the community, but none were chosen. There have been opportunities to build a coalition with cyclists- Dave Meslin was totally available- but this was spurned in favour of no consultation and driving through an ideological position on Jarvis. There are rumours that city staff morale is at an all-time low as layoffs loom and senior staff leave. Even strong allies like Karen Stintz, James Pasternak and Paul Ainslie have had discouraging words about Ford's stubborn and unchanging support at times (with the Sheppard line, buy-out packages and Giorgio Mammoliti respectively).
The Mayor's challenges are great, but that's partially because his confrontational, uncompromising and single-minded approach amplifies them. While efficient services and improved 'customer service' are something everyone can agree on, the ideological predisposition, lack of transparency and lack of target goals are anathema to the success of six sigma in Toronto's situation. It's a posture that needs to change in order to come up with the buy-in and integrated solutions at City Hall, but right now the biggest obstacle is the administration's attitude defect.
Posted by David Hains at 07:43